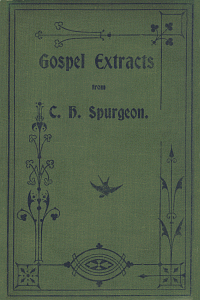 This little book published after Spurgeon's death, features over 60 extracts from Spurgeon's preaching from topics ranging from Active Employment to The Works of Man.