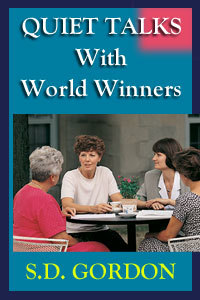 Quiet Talks with World Winners is part of the best-selling Quiet Talks series. This particular volume focuses on soul-winning and world evangelism.