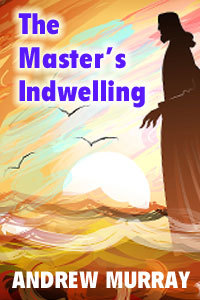 You've accepted Christ as your personal Savior and you are doing everything in your power to live the good Christian life. You're giving to the Church and others, you're fellowshipping with other believers, and reading your Bible. But is Christ living in you? Are you experiencing Abundant Life? Or are you tightly controlling your own life or, even worse, trying to control the lives of others? Jesus has called us to experience more than just a life of emptiness and loneliness. He's invited us to experience the joy in the Christ-filled life. You're already in Christ; now let Him be in you. It's time for The Master's Indwelling.