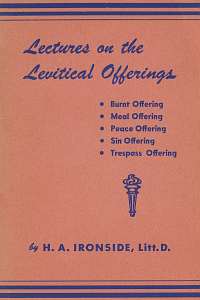 Basing his exposition upon a literal interpretation of Scripture, Ironside ably expounds on Leviticus 1 through 7.