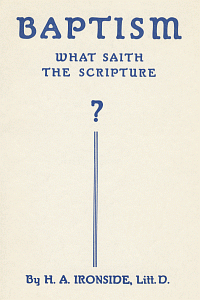 This pamphlet by Dr. H.A. Ironside discusses in great detail, using Scripture, the importance of the ordination of Baptism through Christ's earthly example to us as believers.