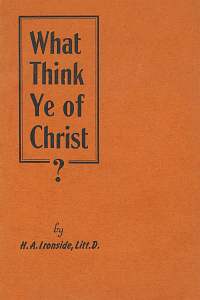 This treatise on Jesus Christ, delves into who the Bible says He is versus who the Christian Scientists, Seventh-day Adventists, Mormons, and Modern Critics and other Cultists say He is.