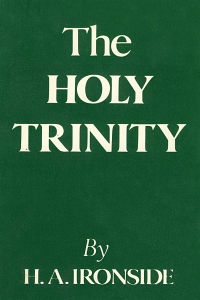 Using key verses from both the Old and New Testaments, beloved author H.A Ironside shows that the critical doctrine of the Trinity is clearly taught in Scripture. This brief message is an ideal introduction to the unity of the Godhead and the three persons of the Trinity.