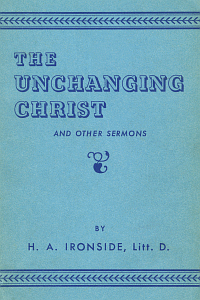 Features 12 sermons originally preached by Dr. H. A. Ironside at the Moody Church in Chicago, including: