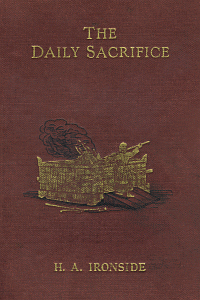 This devotional, prepared by Dr. Ironside, is a selection of Scripture texts, with comments and suitable poems or hymns. These brief daily readings are full of encouragement, wisdom, and helpful instruction to Christian living.