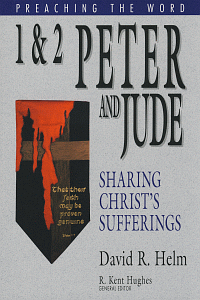 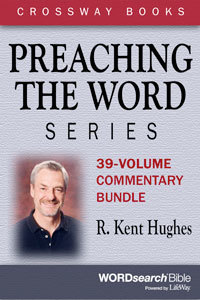 Neither Peter nor Jude minced words about the realities that would confront every Christian and that were confronting the church at large—suffering and persecution, contradictory views of the Gospel and constant challenges to the faith at the hands of false teachers. Yet, even in the face of these harsh realities, both Biblical writers unswervingly declared that there is no cause for despair as long as one's foundation and identity are in Christ.

With the truths of 1-2 Peter and Jude echoing across the ages, commentator David Helm beckons us to listen in his stirring exposition. "Yet it is not enough to listen," he says. "Peter's and Jude's words must compel us to do just what the early Christians did: hold fast to their identity in Christ, ground themselves in the truth, live lives worthy of their calling, and vigorously contend for the faith."

David R. Helm, serves as co-Lead Pastor of Holy Trinity Church in Chicago . After ten and a half years as founding Sr. Pastor, David handed off the Senior Pastor role to Jon Dennis on November 23, 2008. In addition, David is Chairman of The Charles Simeon Trust, a ministry devoted to equipping men in expository preaching.

A graduate of Wheaton College and Gordon-Conwell Theological Seminary, David is ordained in the PCA and serves on the council of The Gospel Coalition. He authored I, II Peter and Jude in the Preaching the Word series, and contributed to Preach the Word: Essays in Expository Preaching in Honor of Kent Hughes. In addition, David has written The Big Picture Story Bible and The Genesis Factor with Jon Dennis.

David Helm exercises a vibrant preaching ministry in the city of Chicago. This book of Bible expositions displays his strengths as a preacher and serves as a model for other Bible teachers. It is vigorous in its defense of spiritual truth, clear in its explanation of biblical words and their contextual meaning, vivid in its use of language and illustrations, well-structured in its exposition of particular Bible passages, and fresh in its practical application of biblical truth to daily Christian life. It is the kind of commentary, in other words, on which preachers quickly learn to rely.