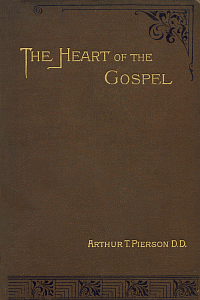 The Heart of the Gospel is a collection of twelve sermons that A.T. Pierson preached at the Metropolitan Tabernacle in the Fall of 1891 while Spurgeon was on leave. The sermons were written down almost verbatim and influenced a great number of sinners to repent and saints to be confirmed. They cover such broad topics as, The Heart of the Gospel, The Perfect Peace, and The Riches of Grace, while also delving into more specific areas of study as The Lesson of Pentecost and The New Birth.