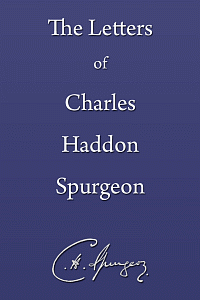 The Letters of Charles Haddon Spurgeon was collected and colated by Spurgeon's son, Charles Spurgeon, at the request of many of the elder's admirers. A number of Spurgeon's friends supplied the younger Charles Spurgeon with original copies of his father's letters. Young Charles Spurgeon hoped this particular collection would "...set forth the many-sided nature of his character as indicated in the various relationships of life in gathering a collection of letters rich in the honest sentiments of his heart." Included in this edition are correspondences to Spurgeon's mother, father, aunt, uncle, brother, sister, children, and a host of colleagues and friends. May these letters take you into the heart and life of the prince of preachers.

About the Author
Few people in history can be known by one name and have it ring true with their audience, and Charles Haddon Spurgeon is one of them. Over time, Spurgeon has become known and revered as the "Prince of Preachers". In the last 100 years, he has been one of the most influential men for not only Preachers of the Gospel but for those who have not had the opportunity to hear and receive the Gospel message. He wrote tirelessly over his life, and WORDsearch Bible Software is committed to bring as many of Spurgeon's works as possible to you in electronic form.