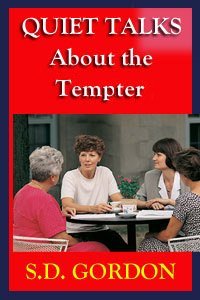 Part of the Quiet Talks Series, Samuel Dickey Gordon paints a picture of the tempter, including the story of his career, his aim and ambition, his defeat, his present struggles, and his personal characteristics. He arms the believer with insights on typical temptations, how the tempter tempts, and how to overcome the tempter and his temptations through Jesus Christ.