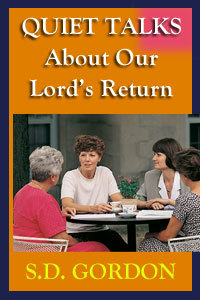 This book was written as a result of the author's personal study on the topic of Christ's return. In prayer and with much care, Gordon searched out the Scriptures to determine what they had to say on this great future event. Here are recorded Gordon's discoveries and the methods he used to obtain those discoveries. It is hoped that this small volume will stimulate the follower of Christ to study the word, grasp its teachings, and through prayer put all into practice.