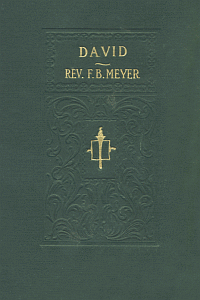 David: Shepherd, Psalmist, King is a part of F. B. Meyer's Heroes of the Faith series. In this volume, Meyer sketches every period of David's life and concentrates on those passages which trace the steps by which the shepherd became the king. It was in these that David's character was formed, his sweetest psalms composed, and those manifold experiences encountered which enabled him to interpret and utter the universal heart of man. David, sweet singer of the world; ancestor of Christ; founder of the dynasty of kings; a prophet, inspired and taught, as the Apostle Peter tells us, by the Holy Ghost; the type and precursor of him who, though his Son, was also his Lord; the man after God's own heart, who "did that which was right in the eyes of the Lord, and turned not aside from anything that he commanded him all the days of his life, save only in the matter of Uriah the Hittite," is a character for every lover of God to learn of.