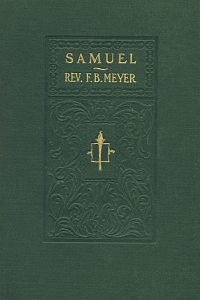 Samuel: The Prophet is a part of F. B. Meyer's Heroes of the Faith series. In this volume, Meyer looks at how Samuel bridged the time of the Judges to the time of the Kings in Israel's history. Samuel was no recluse, but served as a statesman and politician in the best sense, as a king-maker and a king-breaker and as a spokesman of God to the people of Israel. The study of Samuel is particularly useful to those who find themselves in a similar period of transitional times. Also included in this volume is commentary on the life of Saul - one who was intricately connected to the prophet Samuel.