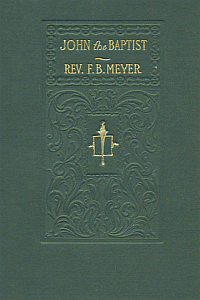 John the Baptist: the clasp between the Old Testament and the New - the close of the one and the beginning of the other; as among the greatest of those born of women; as the porter who opened the door to the True Shepherd; as the fearless rebuker of royal and shameless sin - the Baptist must ever compel the homage and admiration of mankind. Here is a study of that life that was so full of humility and courage; of devotion to God, and uncompromising loyalty to truth, a life that was so conspicuous in him and which might also animate us.