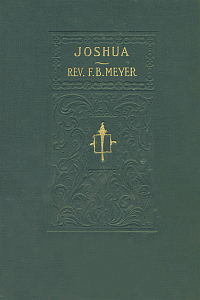 Look Inside
Heroes of the Bible - Joshua
And the Land of Promise
By: Frederick Brotherton Meyer (Author)
Publisher: Wordsearch
Category: Literature, Biographies

Joshua. The man who believed God and was able, by God's might, to lead the Israelites in the conquest of Canaan. His story and the story of the people he led radically parallels the story of individual believers and the Christian church. This books seeks to highlight those parallels and to strengthen the faith of its readers in the authority of God in the written Word.