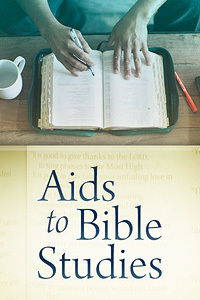 In this handy little book, Pierson gives short explanations for each section and book of the Bible and provides twenty-one character synopses. Also included are sections on the harmony of the four Gospels, miracles, parables of Jesus, names and titles of the Son of God, rivers and brooks in Scripture, the Jewish calendar, money in the Bible and more. This is a basic, easy-to-navigate guide for furthering one's understanding and knowledge of the Word of God.