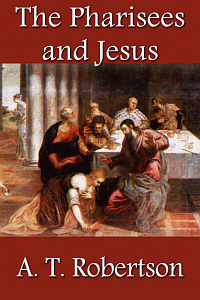 Seeking to understand the problems Christ faced in his efforts to plant the Kingdom of God in the hearts of men, A.T. Robertson examines the treatment of Jesus by the Pharisees and the treatment of the Pharisees by Jesus. With honest sensitivity, the theological and political underpinnings of Pharisaical Judaism are studied with the hope of putting Christ's life and teachings in their proper historical context. The book is divided into three sections examining the Pharisaic outlook on doctrine and life, the Pharisaic resentment towards Jesus, and Jesus' condemnation of the Pharisees.