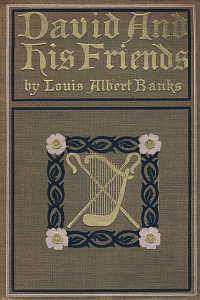 This volume contains thirty-one sermons preached by Louis Albert Banks during the revival meetings of January 1900. Using the stories of people like Hannah, Saul, Jonathan, Rizpah, and David himself, the author draws lessons from these characters' lives that are valuable for us today. Anecdotes, illustrations, and easy-to-understand teachings will energize the believer to draw near to God, to love the body of believers, and to reach out to the lost.