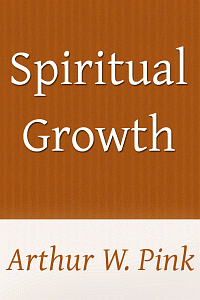 Who doesn't long to be more like Jesus in their everyday walk? Our happiness and our welfare depend on learning and discovering what it is to live and act more like Him. A. W. Pink outlines eleven elements in this exhaustive study of the topic of spiritual growth. Discover for yourself how you can strive to be more like God everyday.