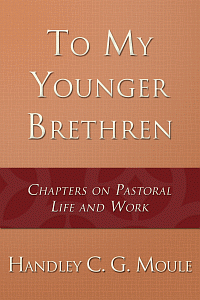 Handley C. G. Moule offers from his own personal ministry insights and perspectives on the pastorate, including: Walking with God, Walking with Others, Secret Study of the Scriptures, and Preaching.