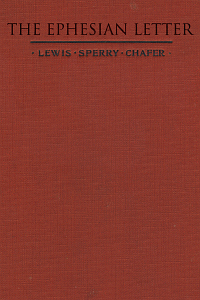 Lewis Sperry Chafer offers a brief exposition of each section of the Letter to the Ephesians. He looks at the doctrinal implications of this epistle both historically and theologically. This is a must have for any serious student of Ephesians.