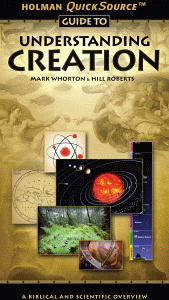 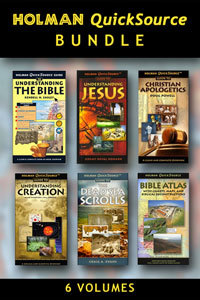 The Holman QuickSource Guide to Understanding Creation surveys every major issue relating to the theology and science of creation. This includes proofs that the universe was created and designed by God, a discussion of the compatibility of Genesis with major theories in modern science, a survey of evangelical opinion regarding the age of Earth and the nature of Noah’s flood, and an analysis of ancient non-biblical creation myths. Highly trained scientists and authors Mark Whorton and Hill Roberts are uniquely qualified to report these findings that are in line with their Christian faith. The book also includes fascinating and helpful photographs and charts.

About the Authors
Mark Whorton works on guidance, navigation, and control systems for spacecraft and launch vehicles at the NASA Marshall Space Flight Center in Huntsville, Alabama. He received a Ph.D. in aerospace engineering from Georgia Tech, teaches Christian apologetics at his local church, and is also the author of Peril in Paradise: Theology, Science and the Age of the Earth.

Hill Roberts holds a Master's degree in physics from the University of Alabama and serves as a chief scientist for a Huntsville-based aerospace research company. He also founded the Lord, I Believe ministry (LordiBelieve.org) for teaching people the rational basis for faith in God's existence and has lectured extensively on Christian apologetics in the United States and Russia.