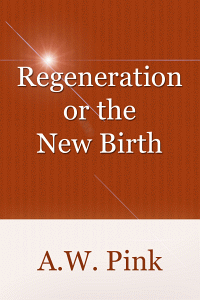 Regeneration is not simply an outward reformation, or a turning over a new leaf and endeavoring to live a better life. The new birth is much more than going forward and taking the preacher's hand: it is a supernatural operation of God upon man's spirit, a transcendent wonder. All of God's works are wonderful, but, from several standpoints, the new birth is more remarkable. It is a marvel of Divine grace, Divine wisdom, Divine power, and Divine beauty. It is a miracle performed upon and within ourselves, of which we may be personally cognizant; it will prove an eternal marvel.