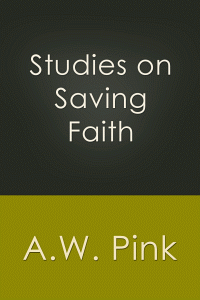 Pink lays bare the danger in focusing too much on God's love and mercy where the only end in mind is to escape hell and not to have a radical change of heart. A believer who is truly repentant will long to turn away from sin and idols, abhor their rebellious nature and in doing so be made into a new creation.