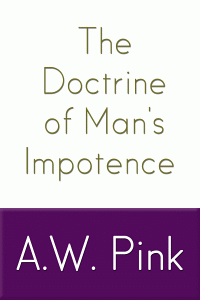 A.W. Pink is insistent on meeting the need for a clear and definite portrayal of the character of God, as well as a lucid and comprehensive presentation of the teaching of Scripture concerning the nature and condition of man.