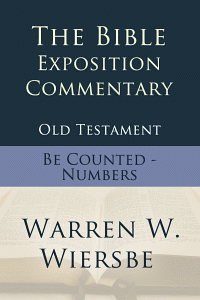 Numbers can be deceiving. The book of Numbers opens with a count of every person fit to serve during the Israeli's exodus from Egypt. Yet while over 600,000 were counted, only two were allowed to enter the Promised Land. The lesson? God values quality over quantity. And as the next generation finally experienced God's promise, we discover that He doesn't just want us counted as believers, but as people He can count on.

Part of Dr. Warren W. Wiersbe's best-selling Be commentary series, Be Counted has now been updated with study questions and a new introduction by Ken Baugh. A respected pastor and Bible teacher, Dr. Wiersbe explores how we can make our faith matter. You'll be encouraged to trust His word, and inspired to count on God, while counting for Him.