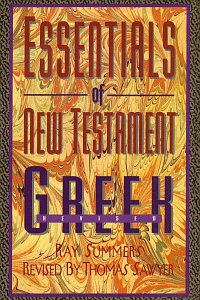 Well organized and ideally suited for review purposes. Not intended to serve as a beginning grammar.