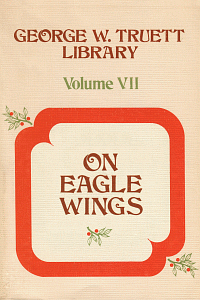 What a man believes is important because belief has much to do with determining character and conduct.

George W. Truett, with Paul, believed that “All scripture is given by inspiration of God, and is profitable for doctrine, for reproof, for correction, for instruction in righteousness: that the man of God may be perfect, thoroughly furnished unto all good works.” Because he so believed he frequently preached on Old Testament themes—almost as often as on New Testament themes.

This volume, number 7 in the George W. Truett Library, presents fourteen Old Testament sermons delivered at the First Baptist Church, Dallas, Texas, of which he was pastor for forty-seven years.

A few of the fourteen addresses in this volume include: