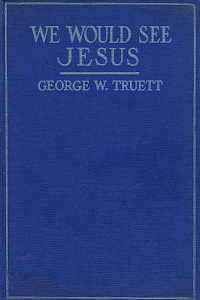 This volume contains twelve sermons by George W. Truett. Full of scripture and stories, these discourses will encourage and challenge the reader to run hard after Christ. Originally published in 1915, the sermons were "stenographically reported and...appear just as they came hot from the preacher's heart." Here are a few of the titles included: