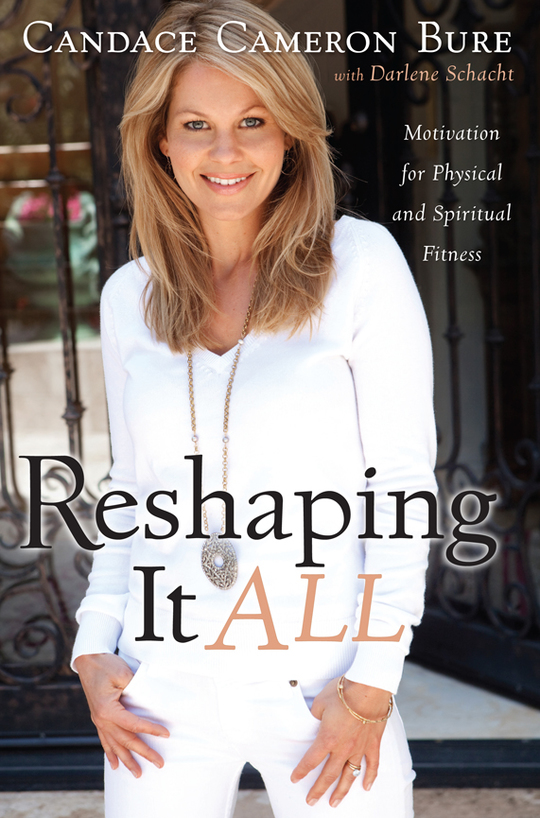 Candace Cameron Bure first became known to millions as a co-star on the hit ABC television series Full House. Today, like her brother Kirk Cameron (Growing Pains, Fireproof), she is the rare Hollywood actor who is outspoken about her Christian faith and how it helps overcome certain obstacles.

Bure’s healthy lifestyle has been featured in US Weekly and People magazines as well as national talk shows including The View and NBC’s Today. In Reshaping It All, she continues the story, inspiring women to embrace a healthier lifestyle by moving faith to the forefront, making wise choices, and finding their worth in the eyes of God. Candace shares a candid account of her struggle with food and ultimately her healthy outlook on weight despite the toothpick-thin expectations of Hollywood.

More than a testimony, here is a motivational tool that will put readers on the right track and keep them there. In addition to practical advice, Candace offers a biblical perspective on appetite and self control that provides encouragement to women, guiding them toward freedom.

Candace Cameron Bure starred for eight seasons in the hit ABC television series Full House (still syndicated in more than 100 countries) and is now a featured cast member of ABC Family’s popular drama, Make It or Break It. She is also active among several charities and speaks to women nationwide about her faith-based weight loss success story. Candace lives with her husband, National Hockey League star Valeri Bure, and their three children in Los Angeles, California.