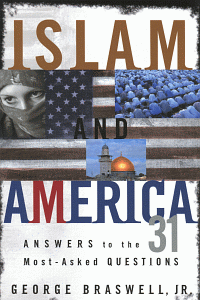 September 11, 2001, was a tragic introduction for many Americans to Muslims and the religion of Islam. Americans have many questions about Islam but most have not studied the issue in depth. Today, Lions and Rotary clubs invite speakers on Islam, university campuses sponsor lectures on Islam and churches across the nation hold workshops. Is Islam a peaceful nation? Americans are puzzled. George Braswell is a recognized expert on the religion of Islam and on the Muslim beliefs and practices that Americans need to understand. This book will give readers the information they want and answer the questions they are asking. Beyond the media portrayals, Islam & America accurately reports the truth about this religion and its adherents.

George W. Braswell, Jr. is a professor of missions and world religions and serves as director of the D.Min. program at Southeastern Baptist Theological Seminary. A resident of Wake Forest, North Carolina, he is the author of several books including Understanding World Religions and Islam: Its Prophet, Peoples, Politics, and Power.