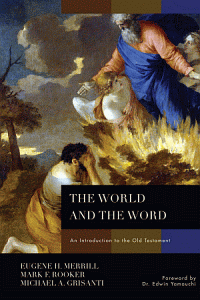 Look Inside
The World and the Word
An Introduction to the Old Testament
By: Michael A. Grisanti, Eugene H. Merrill, and Mark F. Rooker
Publisher: Broadman & Holman
Category: Study Helps 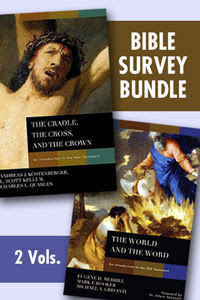 The World and the Word is a fresh introduction to the Old Testament, an impassioned reaction to how modern Christian preaching and teaching often ignores this front eighty percent of the Bible. Authors Eugene Merrill, Mark Rooker, and Michael Grisanti work through the times and text of the Hebrew Scriptures to illuminate three major points:

Separating the verifiable biblical and extra biblical data from the various interpreations of that same information, the book further shows how the Old Testament forms the basis from which sprang the life, ministry, and teachings of Jesus and the church. The World and the Word will help students see an entry point into the very heart and design of the God who loves them and wishes to make them the special object of His grace.

Michael A. Grisanti is professor of Old Testament at The Master’s Seminary in Sun Valley, California.