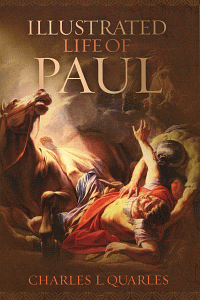 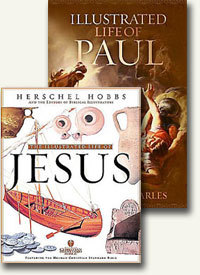 Except for the Lord Jesus himself, no person has been more influential in the history of the church than Saul of Tarsus. Paul’s influence upon the early church’s most cherished convictions is so clear and powerful that some scholars have dared to describe him as the founder of Christianity. Paul had a greater impact on the formation of the Christian church than any other apostle. He wrote thirteen of the twenty-seven books of the New Testament so that nearly half of the New Testament documents bear his name. Although some of Paul’s letters are brief compared to other New Testament books, his epistles compromise approximately one-fourth of the total volume of the New Testament.

Approximately sixteen chapters of the Book of Acts focus on Paul’s persecution of the church, conversion, missionary labors, arrest and imprisonment. When these chapters are combined with Paul’s letters, Paul may be recognized as the author or subject of nearly one-third of the New Testament. Paul was not only the most effective Christian missionary and church planter in history, but also the most significant and influential interpreter of Jesus’ teachings and of the significance of Jesus’ life, death, resurrection, and return.

This book introduces readers to this amazing man and his incredible story. It explains the background of each of Paul’s letters and offers a summary of the beliefs of one of the keenest theological minds in the history of the church. All along, it enables the reader an opportunity to step into the world of Paul with over 150 photos, maps, illustrations, and charts.

Charles L. Quarles (Ph.D., Mid-American Baptist Theological Seminary) is professor of New Testament and Biblical Theology at Southeastern Baptist Theological Seminary in Wake Forest, North Carolina. He is author of The Sermon on the Mount: Restoring Christ's Message to the Modern Church and coauthor of The Cradle, the Cross, and the Crown: An Introduction to the New Testament (with Andreas Kosetenberger and L. Scott Kellum).

Illustrated Life of Paul is simply superb. Charles Quarles carefully examines the life of the most influential of all the apostles, and his winsome style draws the reader into the story. The illustrations are helpful and enhance the work. This is a book I will enthusiastically recommend again and again.

Illustrated Life of Paul is well-written, beautifully illustrated, and accurate basic introduction to the apostle Paul. The volume will be an attractive option for laypeople who want to understand Scripture better and for students in introductory Bible classes.

Quarles's book on Paul is the perfect textbook for today's readers. It is historically accurate and biblically faithful, and at the same time we are introduced to Paul's theology. The book is also beautifully illustrated, which helps us envision the world in which Paul ministered. Finally, Quarles writes with clarity so that the book is accessible to students and interested laypersons.

Charles Quarles has done a great service for those who want to know better the life and letters of the apostle Paul. The biblical background information, photos, illustrations, maps, and charts provided in this book help to bring the biblical text to life and tremendously aid the student and the teacher in understanding the beloved apostle's writings in their first-century context. Highly recommended.