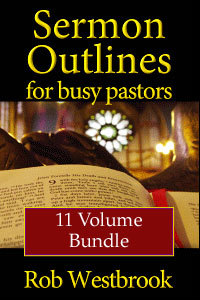 Sermon Outlines for Busy Pastors is an 11 volume bundle containing hundreds of fresh sermon outlines covering Scripture from nearly every book of the Bible, plus sermons and sermon series on a wide range of Bible topics.

The author, Rob Westbrook, is a preaching and teaching dynamo who understands the hard work that is required to write and preach effective sermons. He often credits the help he gets from others that have preached on similar texts and subjects. Westbrook appreciates the great value in getting a head start by consulting the wisdom of others. He makes this promise to his readers:

"I want to give you something to build on. Something that's been studied through, that gives you a head-start for your messages this Sunday. Something that will help you make the most of your limited time."

This collection contains much more than just outlines. Westbrook has put a great deal of "meat on the bones." Following his main points are sub-points and sub-sub points. These have all been carefully and prayerfully thought out. They can be quickly scanned, and the format makes it easy to expand, delete, and insert your own material.

Rob has been married to his wife Teresa for almost 23 years. He and Teresa have one daughter, Lauren. 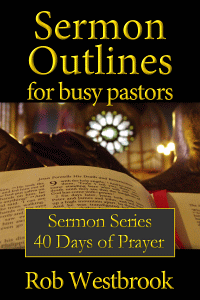 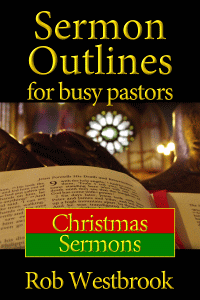 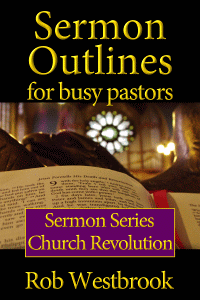 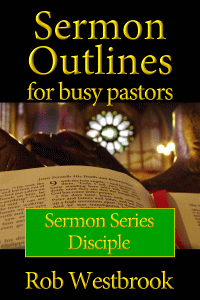 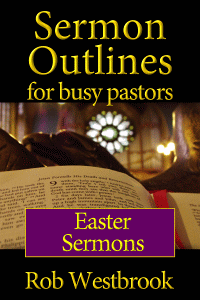 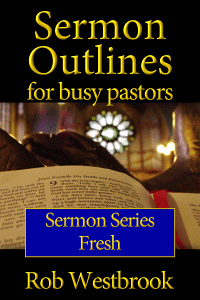 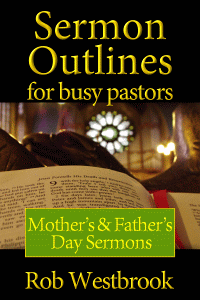 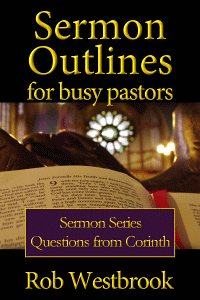 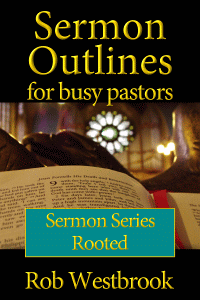 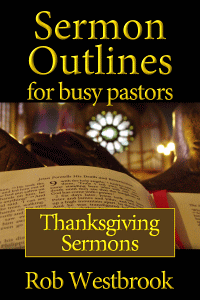 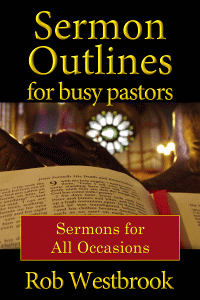