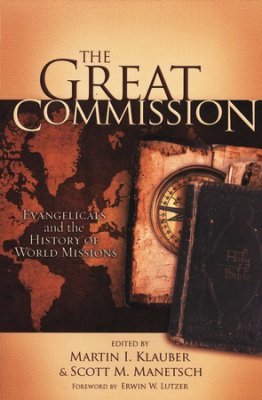 Web
This product is an electronic addition to your Wordsearch digital library. It is not a physical product or a stand-alone program.

Please note: This is an app.wordsearchbible.com only title.

The Great Commission provides a substantial historical survey of evangelical missions courtesy of eleven different authors, each one a prominent evangelical church historian and theologian who has written extensively on the history of Christianity and the greater mission of the church.Readers will learn the origins and development of modern evangelical missionary activity, what led to the globalization of the Evangelical movement, and the finer points of the movement’s successes, failures, and future imperatives. Sections include Early Modern Europe (“The Protestant Reformation,” “Puritanism and Pietism,” “The Evangelical Revival”), Modern America (“Early American Missions,” “Twentieth Century American Missions,” “The Baptist Contribution”), and The Majority Church (“Latin America,” “Asia,” “Africa”).