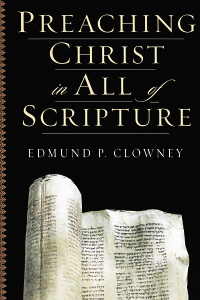 Voicing one theme for the entire Bible and structuring all sermons around that idea may seem to be an impossible challenge. For veteran pastor and preaching professor Edmund Clowney it will not do to preach a text from either the Old or New Testaments without fully preaching its ultimate and primary focus-the person and work of Jesus Christ. He writes, "To see the text in relation to Christ is to see it in its larger context, the context of God's purpose in revelation."

By offering numerous full-length examples of his own sermons that emphasize Christ as the principle theme of Scripture, Clowney illustrates for those who will never have the privilege of being his students how they can craft sermons which present Christ as the primary consideration of the text. He also offers specific instructions on preparing such a sermon. He discusses the personal habits of prayer and Bible study that prepare pastors to seek out Christ's presence.

Students preparing for the pastorate, pastors desiring to increase their emphasis on Christ in their sermons, and those seeking Christ's presence in all of Scripture will find a help in Clowney's writings.

The late Edmund Clowney was Professor Emeritus of Practical Theology at Westminster Theological Seminary in Philadelphia, where he served for over thirty years, sixteen of those as president. He authored several books.

Edmund Clowney is this generation's patriarch of redemptive-historical preaching. For decades he was the voice crying in the wilderness to encourage evangelical preachers to make Christ the focus of all their messages, since he is the aim of all the Scriptures. Now, many others have joined Clowney's gospel chorus, but none with greater mastery than he of the harmonies that weave the symphony of grace throughout the Bible. As Clowney shares with us the jewels of his research, message, and heart, we discern ever more clearly how to make the Pearl of Great Price shine through all the treasures of Scripture.