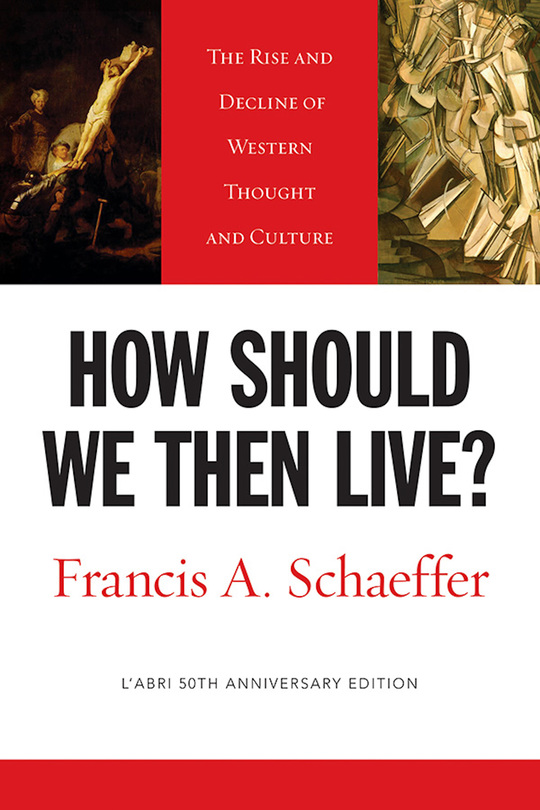 Look Inside
How Should We Then Live?
The Rise and Decline of Western Thought and Culture
By: Francis A. Schaeffer (Author)
Publisher: Crossway Books
Category: History & Culture

As one of the foremost evangelical thinkers of the twentieth century, Francis Schaeffer long pondered the fate of declining Western culture. In this brilliant book he analyzed the reasons for modern society's state of affairs and presented the only viable alternative: living by the Christian ethic, acceptance of God's revelation, and total affirmation of the Bible's morals, values, and meaning.

Francis A. Schaeffer (1912–1984) authored more than twenty books, which have been translated into several languages and have sold millions globally. He and his wife, Edith, founded L'Abri Fellowship international study and discipleship centers. Recognized internationally for his work in Christianity and culture, Schaeffer passed away in 1984 but his influence and legacy continue worldwide.

This is a modern-day classic, one of Schaeffer's books that awakened me to how biblical truth affects all of life.

How Should We Then Live? was produced by a genius who cared about the battle of ideas. It's also the book I still recommend to students for a quick overview of 'the rise and decline of western thought and culture.' Schaeffer brilliantly takes readers from ancient times through the Renaissance, Reformation, and Enlightenment, then discusses the breakdown in philosophy and science and moves on to art, music, literature, film, and much else besides.

Go to any evangelical Christian gathering . . . and ask twenty people the simple question: 'What single person has most affected your thinking and your worldview?' If Francis Schaeffer doesn't lead the list of answers, and probably by a significant margin, I'd ask for a recount.